We would like to offer our sincere support to anyone coping with grief. Enter your email below for our complimentary daily grief messages. Messages run for up to one year and you can stop at any time. Your email will not be used for any other purpose.

Share a memory
Obituary & Services
Tribute Wall
Read more about the life story of John and share your memory.

John H. Hunter, age 81, of Alliance, passed peacefully at his home on January 20th with his loving wife by his side.

A graduate of Canton McKinley High School, John served in the U.S. Navy as a Radioman 2nd Class. He received several commendations, including participating in the John F. Kennedy’s inaguaral parade.

John had a long and illustrious career in banking, beginning at First National City Bank and retiring from Bank One as Senior Relationship Manager and Vice President.

After retiring, he worked with his long-time friend, Jeff First at First Realty.

John was a member of Conrad Masonic Lodge, Elks 467, and a long-standing member of the Alliance Country Club.

An avid golfer, John also enjoyed fishing, and spending time with his family and many friends.

He will be loved and missed by his family, including his wife of 25 years, Sue (Costea) Hunter; his son, Jason Hunter; his grandson, Jesse Hunter; his sister, Ginny (Tom) Soldatis; his sister-in-law, Stephanie Hunter; and several nieces and nephews.

He was preceded in death by his parents; brothers, Richard and Steve; and his son, Mark.

Per John’s request, a private family gathering will take place.

To send flowers to the family or plant a tree in memory of John H. Hunter, please visit our floral store. 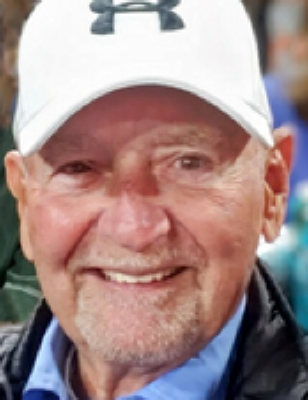 Look inside to read what others
have shared
Family and friends are coming together online to create a special keepsake. Every memory left on the online obituary will be automatically included in the book.

Look inside to read what others have shared

Family and friends are coming together online to create a special keepsake. Every memory left on the online obituary will be automatically included in the book.

You can still show your support by sending flowers directly to the family, or by planting a memorial tree in the memory of John H. Hunter
SHARE OBITUARY
© 2023 Cassaday-Turkle-Christian Funeral and Cremation Service. All Rights Reserved. Funeral Home website by CFS & TA | Terms of Use | Privacy Policy | Accessibility